4 Most Common Types of Temperature Sensor 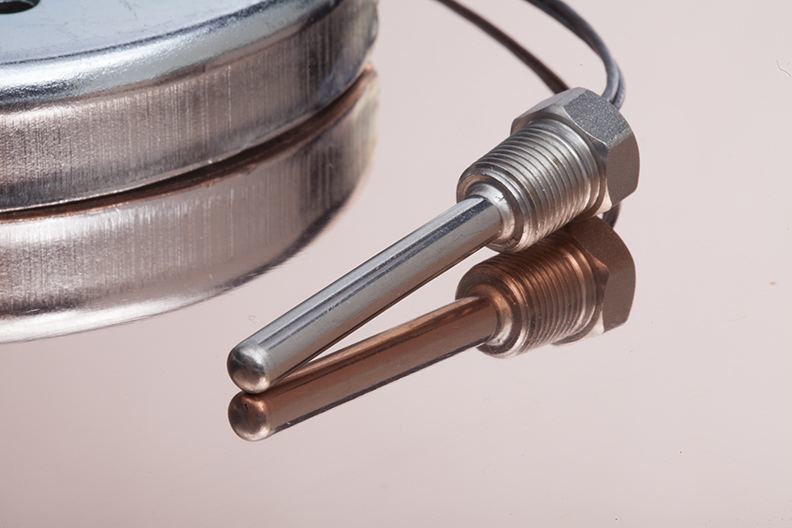 A resistance temperature detector, or RTD, changes the resistance of the RTD element with temperature. An RTD consists of a film or, for greater accuracy, a wire wrapped around a ceramic or glass core. Platinum makes up the most accurate RTDs while nickel and copper make RTDs that are lower cost; however, nickel and copper are not as stable or repeatable as platinum. Platinum RTDs offer a highly accurate linear output across -200 to 600 °C but are much more expensive than copper or nickel.

A thermocouple consists of two wires of different metals electrically bonded at two points. The varying voltage created between these two dissimilar metals reflects proportional changes in temperature. Thermocouples are nonlinear and require a conversion with a table when used for temperature control and compensation, typically accomplished using a lookup table. Accuracy is low, from 0.5 °C to 5 °C but thermocouples operate across the widest temperature range, from -200 °C to 1750 °C.

A semiconductor-based temperature sensor is usually incorporated into integrated circuits (ICs). These sensors utilize two identical diodes with temperature-sensitive voltage vs current characteristics that are used to monitor changes in temperature. They offer a linear response but have the lowest accuracy of the basic sensor types. These temperature sensors also have the slowest responsiveness across the narrowest temperature range (-70 °C to 150 °C).

Temperature sensing is one of the most sensitive properties or parameters for industries like petrochemical, automotive, aerospace and defense, consumer electronics, and so on. These sensors are installed into devices with the purpose of measuring the temperature of a medium accurately and efficiently in a given set of requirements.

A robust temperature detection circuit utilizing an NTC thermistor sensor can be a cost-effective way to design a circuit without compromising responsiveness or accuracy.