Thermistor Protection for a Precharge Circuit on Lithium Ion Batteries

Below is a typical precharge circuitry for battery operation and timing diagram, showing how the circuit operates. (Courtesy of Lithium -ION BMS) 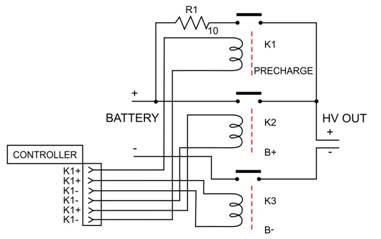 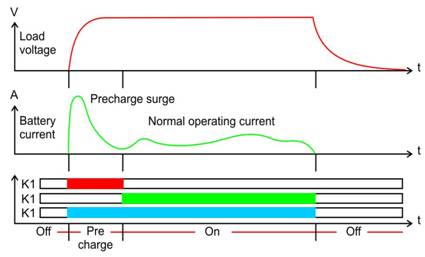 In its most basic form, the precharge circuit operates as follows:

For this application note, we will focus on the selection of the thermistor.

Selection of the Thermistor

The minimum resistance of the thermistor is determined by the following:

In the selection of the thermistor, we consider a time value of “five time-constant” when the capacitances are fully charged and the surge current reaches the normal operating current.

For the this design, we will assume the following quantitative values:

Looking at the at R-T curves for the Ametherm thermistor at an ambient of 50°C, the material “C” exhibits

To determine the energy the thermistor needs to handle without self-destruction,