Negative Temperature Coefficient (NTC) thermistors are thermally sensitive semiconductor resistors which exhibit a decrease in resistance as absolute temperature increases. Change in the resistance of the NTC thermistor can be brought about either by a change in the ambient temperature or internally by self-heating resulting from current flowing through the device. Most of the practical applications of NTC thermistors are based on these material characteristics. 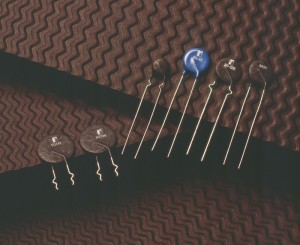 RTI’s SURGE-GARDs™ are used in many applications today that require limiting inrush current when power is applied to a system. The most popular application is the inrush protection of the AC current in switching power supplies (SPS). The primary reason for having surge current suppression in a SPS is to protect the diode bridge rectifier as the input or charging capacitor is initially charged. This capacitor draws significant current during the first half AC cycle and can subject the components in line with the capacitor to excessive current.

If the resistance of one SURGE-GARD™ does not provide sufficient inrush current limiting for an existing application, two or more may be used in series or in separate legs of the power supply circuit. SURGE-GARDs™ should not be used in parallel since one unit will tend to conduct nearly all the current available. SURGE-GARDs™ may be used in the AC input side or in the circuit on the DC line between the charging capacitors and the diode bridge rectifier circuit. (Reference Figure A)

(Please note that other criteria such as hold up time, ripple current, capacitor discharge time, and the efficiency of the power supply design may affect the SURGE-GARD™ selection process. Consult RTI’s application engineering personnel for additional information.) 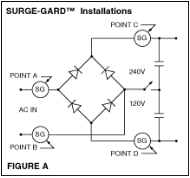 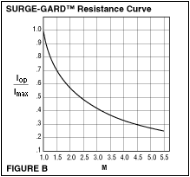 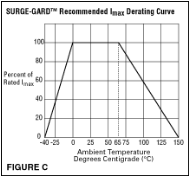 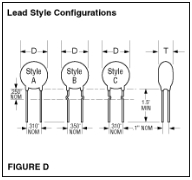