Inrush current can cause considerable damage to electrical applications. It is important to control this starting current with the right inrush current limiter. In this article we look at what can happen when you choose the wrong circuit protection device. Then we demonstrate how to choose the right circuit protection device. Finally, we show the dramatic difference between using an inrush resistor and not using one in a vacuum motor.

These resistive elements are commonly used with vacuum motors because they are frequently powered on and off. This generates high inrush current that needs to be controlled to avoid damage to the control switch.

Here at Ametherm we often receive questions asking for help solving this issue with high input current. We thought this justified a response from our engineers on how they work with customers to solve this challenge.

The customer came to Ametherm for help and the engineers reviewed the problem. They suggested using an MS32 2R025 power thermistor rated at 25 amps of steady state current. When the vacuum motor ran for over 5 minutes, the inrush protection device displayed 26.1 amps at peak and 18 amps of steady state current [See illustration 1]. While the MS32 2R025 inrush resistor did perform well, the body temperature of 213 ºC was higher than what the customer wanted.

To reduce the body temperature of the MS32 2R025 power thermistor, the engineering team next suggested using an SL32 1R030 inrush protection device [See illustration 2]. This inrush resistor ran for over 5 minutes at 23.3 amps at peak and 18 amps steady state current. By using the SL32 1R030, the body temperature dropped 30 ºC, to 182 ºC.

From this test we can see how effective circuit protection devices are. The power thermistors reduced the initial current of the vacuum motor by more than 80%. The same conclusions can be applied to many other applications, such as transformers, power supplies, green energy, energy storage, and more. This proves that it is cost-effective to use an inrush protection device where a different design might be more expensive. 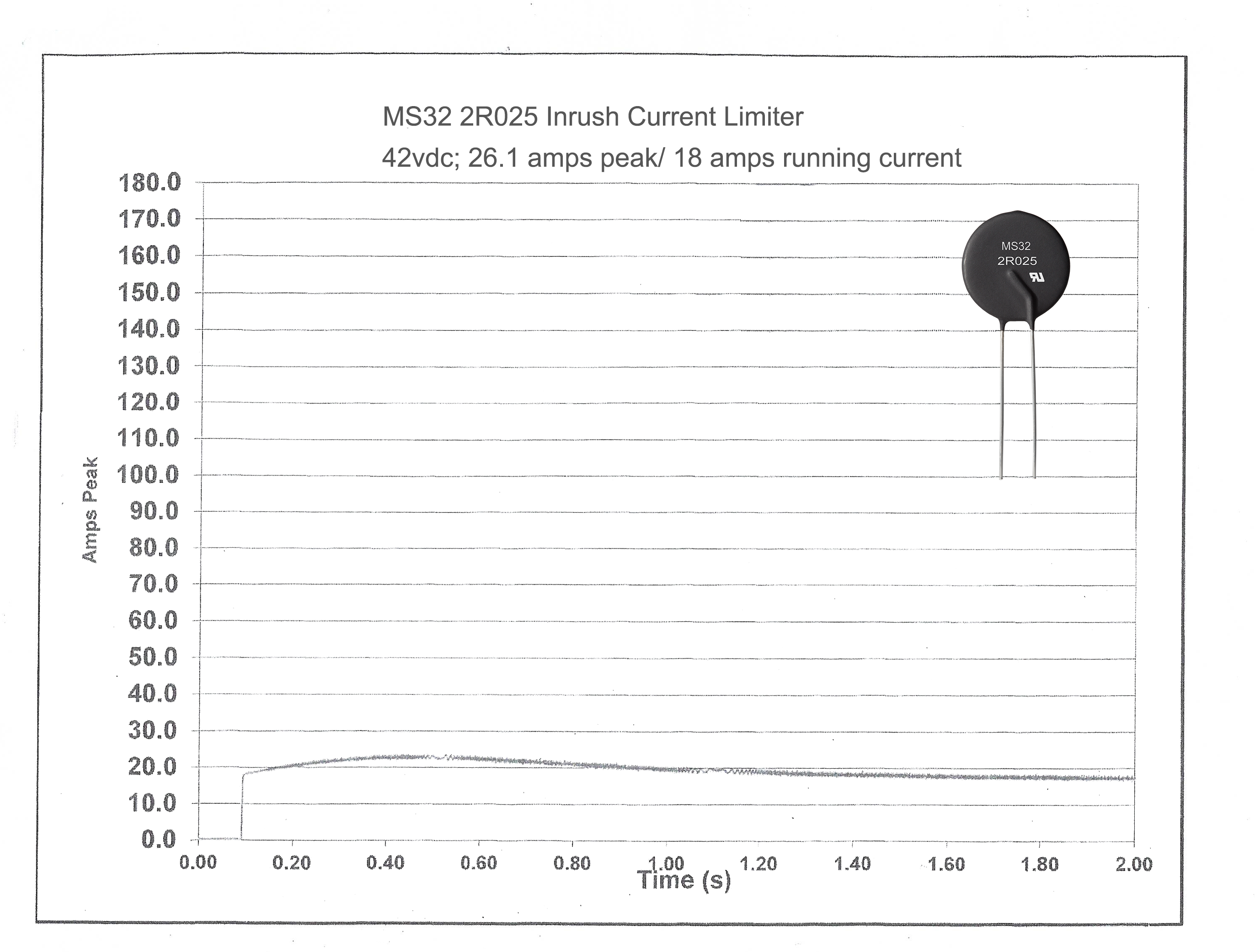 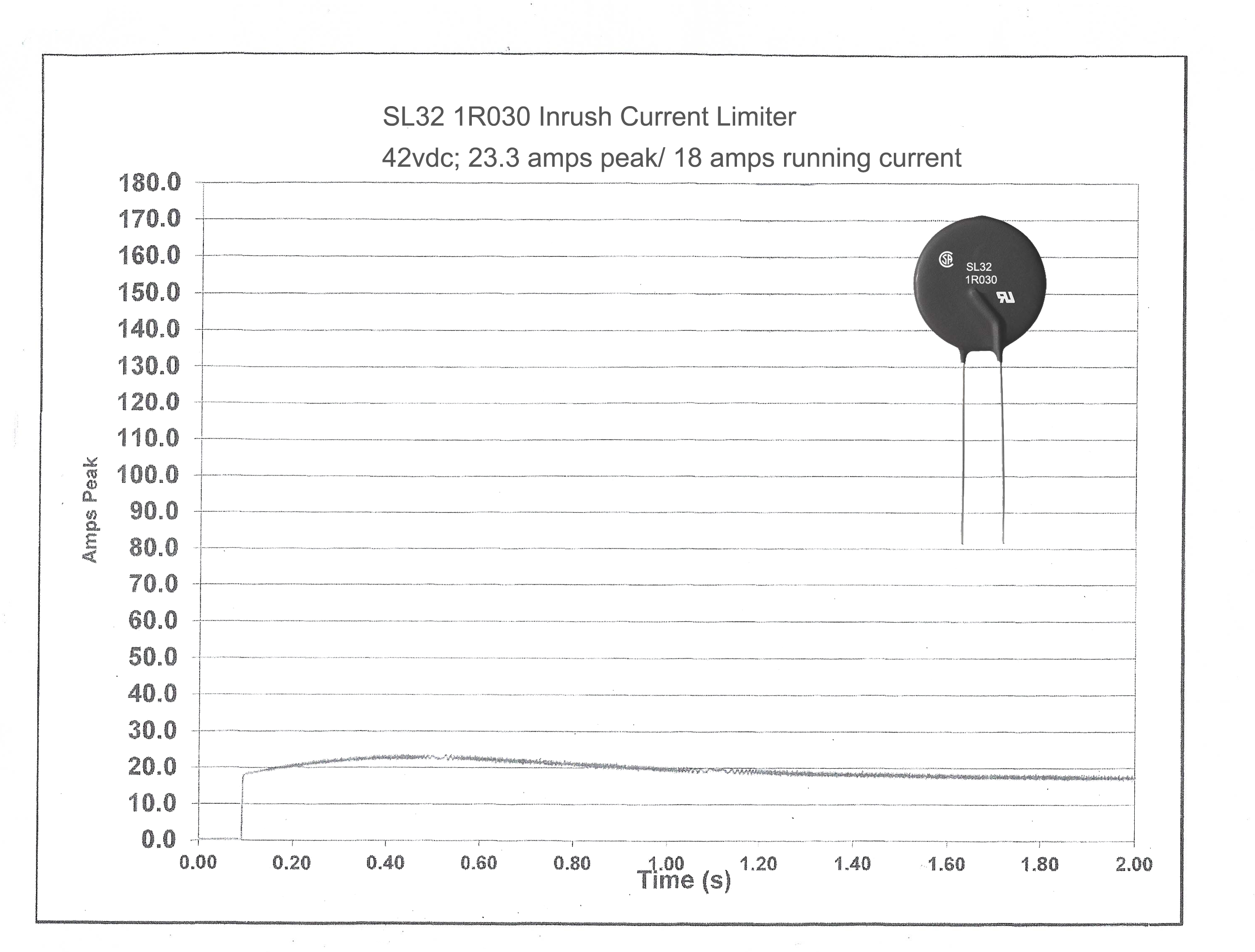 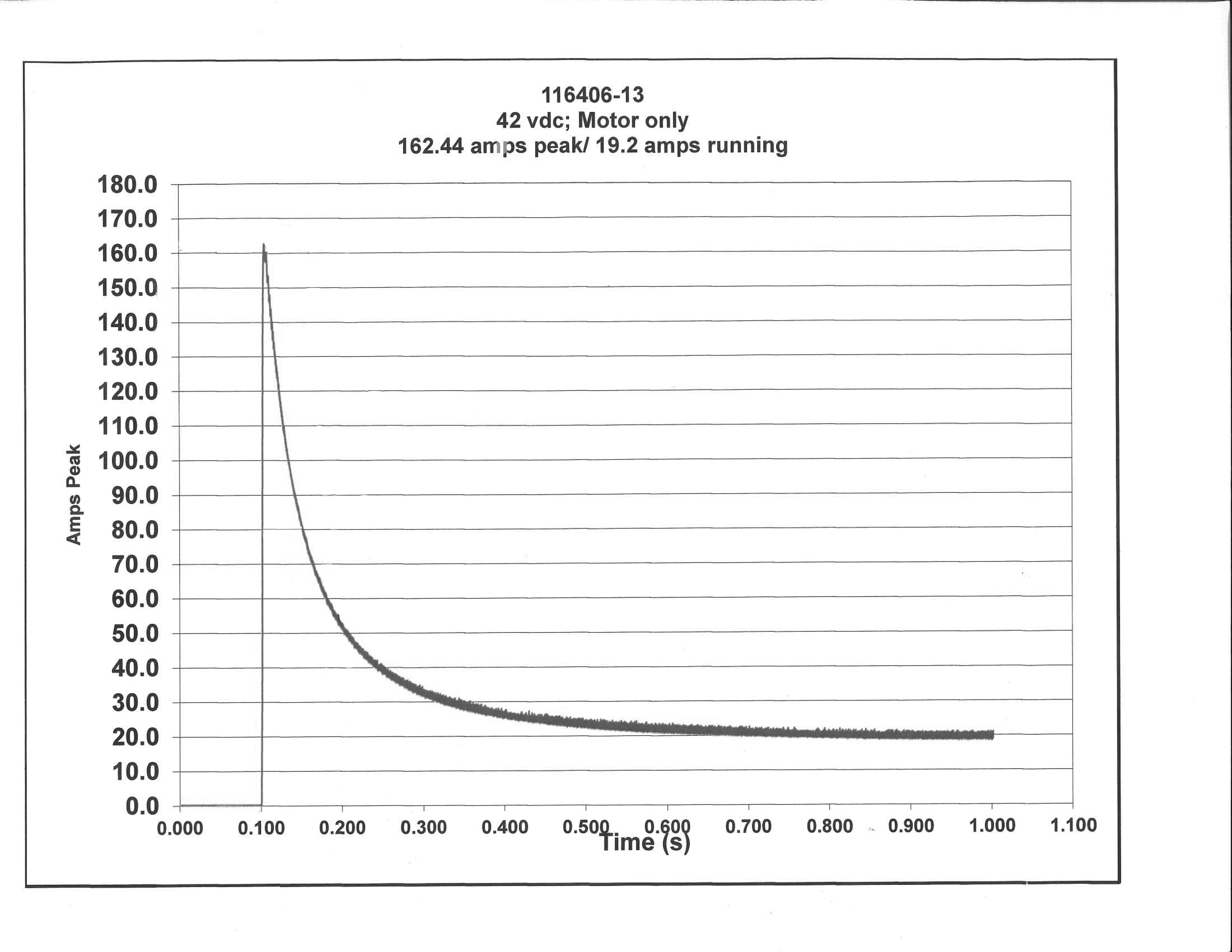 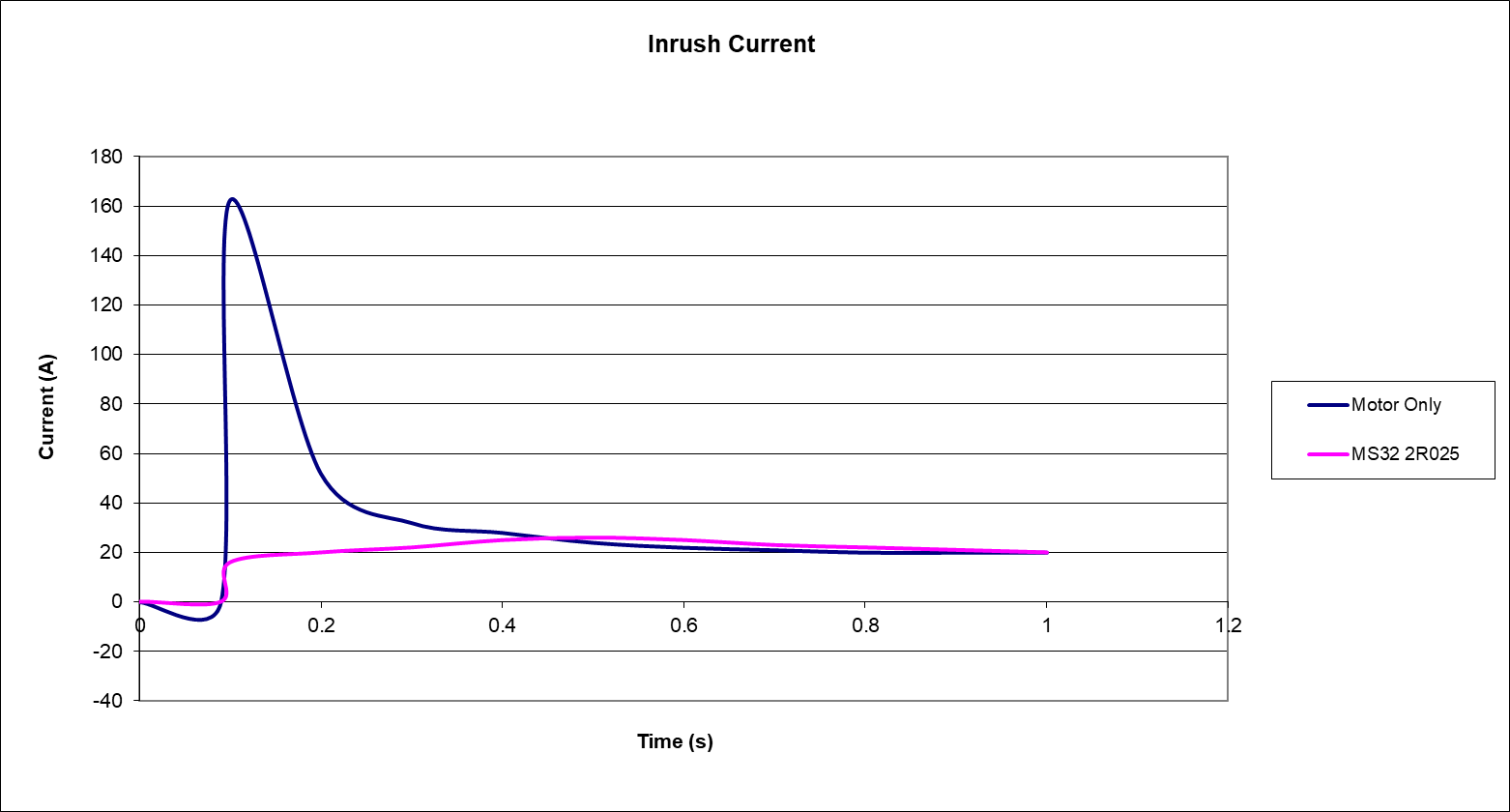