Thermistors are temperature-sensing elements made of semiconductor material that displays large changes in resistance in proportion to small changes in temperature.

The photoelectric detector requires heavy smoke or a smoldering fire to work properly. Heavy smoke from a fire enters a chamber in the alarm with a LED light. The smoke will then deflect light onto a photoelectric sensor, activating the alarm. The complex circuitry and required chamber increases manufacturing price.

Although the ionization method in a fire alarm is effective in alerting those around it in the case of hot blazing fires, it is also sensitive to dust or steam which causes false alarms. units will either be disabled or removed completely by annoyed owners due to so many false alarms.The disabling and removal of the fire alarms increases the risk of bodily harm. The radioactive nature of ionization alarms requires proper disposal when the alarms are no longer working. Just like photoelectric detectors, the circuitry in an alarm utilizing the ionization method requires complex circuitry, making this alarm costly. The most cost effective fire alarm is one utilizing the thermistor method. 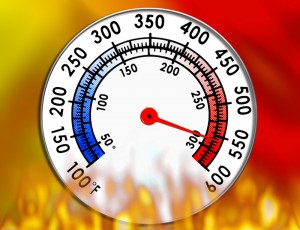 An alternate circuit to measure temperature with a thermistor is by using a Wheatstone Bridge.

Thermistors as temperature detectors are versatile in the fire alarm example because of the many placement options available. Thermistor fire alarms can be placed in

With strategic placing, the thermistor method would not cause unnecessary alarms, while still being reliable in the industrial workplace to ensure all employees reach safety when a threat of fire occurs. Thermistors can activate at specific temperatures. The fine tuning allows for even greater versatility in their placement. 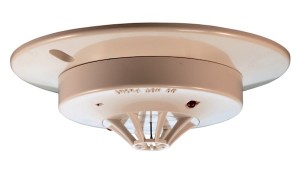 Data compiled and published by www.usfa.fema.gov  show the numbers on residential fires and their causes from 2009 to 2011. The connections behind outlets in the wall cause about nine percent of all residential fires. Although not a high number comparatively, it is another place a thermistor temperature detection type fire alarm would prove beneficial. The thermistor used for temperature detection is so tiny that an alarm could be manufactured small enough to be placed behind electrical outlets. Should a high temperature occur in the outlet creating a fire danger, the alarm would alert those around to shut the power off or could shut off power automatically.

Production of a fire alarm utilizing the thermistor temperature detection method is more cost effective because of the simple circuitry and easy construction. The alarms require one part for manufacturing, rather than multiple complex parts. The thermistor doesn’t contain hazardous material, allowing for easy disposal when the alarm is no longer working.

Although there are multiple types of temperature sensors that can be used for this application, a thermistor is extremely responsive and accurate. 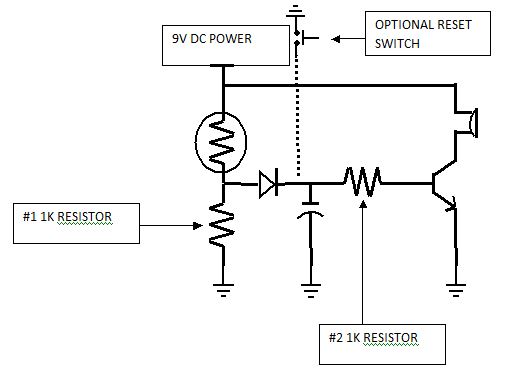